put a neat little number against every task you have apps script automate using the processes.list method of their rest apis.

have you ever wondered how much time you have the google apps script spend over all the menial tasks that you might've scheduled for automation? ever wonder how many of those web apps, time triggers, "run" command from editors you may've initiated over the course of your time while using apps script?

the last time was when i tried creating github-like contributions heatmap, but for meetings.

in case you haven't already reviewed my walkthrough on how to use google apps script rest api from browser editor, i'd recommend going through that at first, as this post involves using a whole bunch of it while rallying through the initial setup (its not as easy as it may initially seem).

the script would do the following activities -

icing on the cake

the architecture also accommodates for aligning every execution with a unique, 32-bit md5 hash (thanks to this gist from github) that acts as an identifier and avoids any chance of logging duplicate executions.

you can access the entire script on my github repository here.

an important construct to highlight with this script is that the manifest file too ought to be manually configured as there isn't an automated way where the apps script would detect the appropriate scopes - like it does for utilising any of its other inbuilt resources - & without which, the script would inadvertently fail -

you guessed it - its the 2nd one (script.processes)!

besides the ones that you'd encounter while having to use the apps script api, the first and foremost of 'em all would be for not already having enabled the rest api & the error would look something like this -

once you have everything setup, you could simply connect the spreadsheet that contains all the executions along with its peripheral information and plug them to google data studio to see what visualisations you can then draw up. here's what i was able to do -

in case you're unsure of how to connect spreadsheets to google data studio, refer this documentation for a smooth transition towards the same. 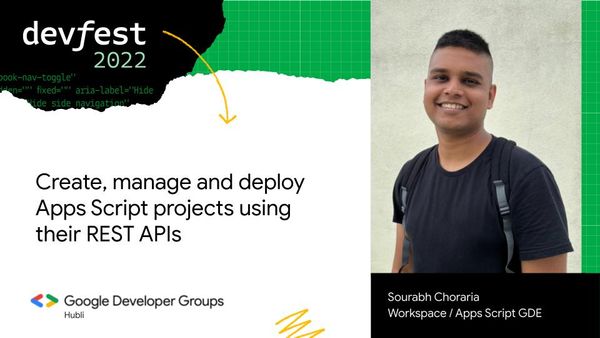 Run a 2-way automated sync between your Revue account and Ghost blog while creating a backup of all your subscribers/members in a Google Sheet.